It's Friday night. I jumped into my car to drive home this evening. I started the engine then said: 'Hey Siri, play me something funky'; what I heard was a story about search engine optimisation. 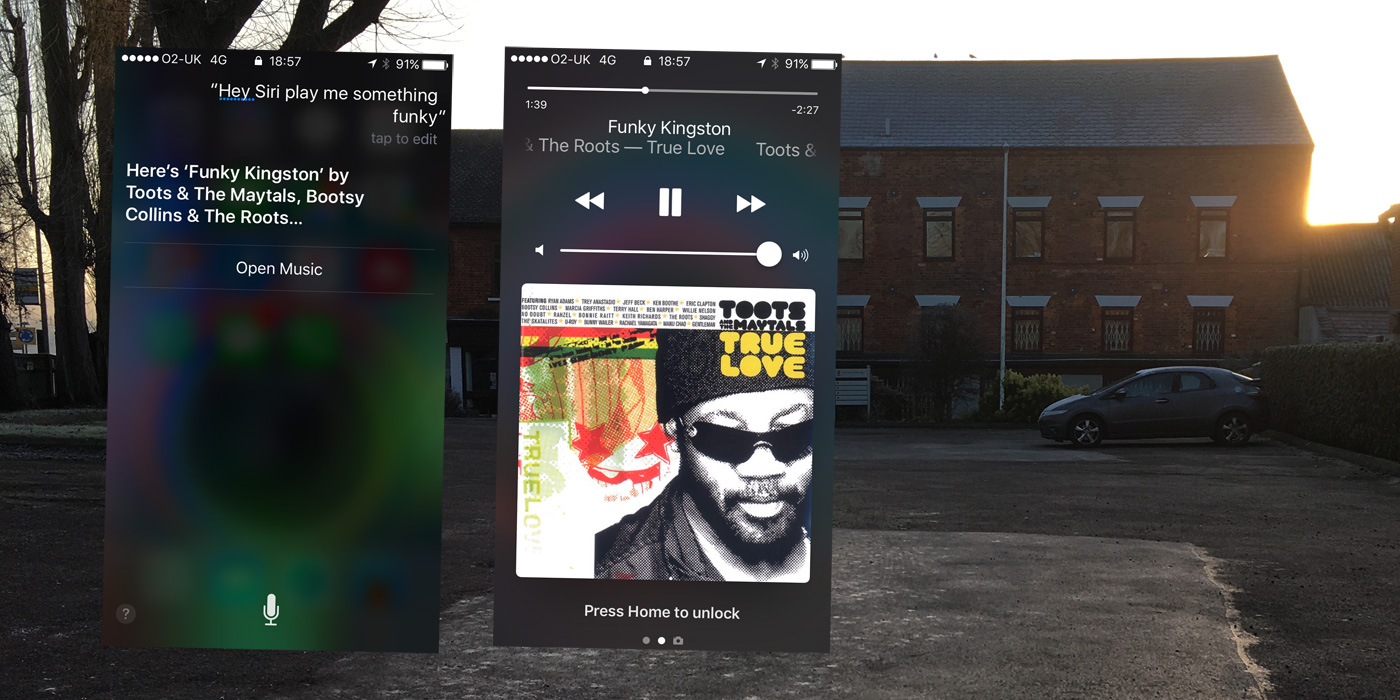 When you ask Siri, Apple's personal digital assistant, to play you some music it'll typically play you just one track. It makes no difference if you ask for music from an artist, an album, a genre or the title of a song - you'll just get the one tune; Siri's number one tune.

My phone has rather a lot of funk downloaded to it, from James Brown to Level 42. One way of defining or classifying funk is to recognise tunes that are 'on the one' - a somewhat obsessive pursuit for all-out emphasis on the first beat of the bar. Funk is less of a genre and more sensory - a taste, a feel, a smell. Right now, understanding whether something is truly funky or not is an exclusively human experience. Siri can't yet feel the funk.

Funky Kingston has the funk and comes with an impressive funk pedigree. The Roots are, without question, the funkiest hip hop band on the planet and Bootsy Collins played bass for James Brown in the '70s - James Brown may be referred to as the godfather of soul but the style he pioneered, evolved and drove is the funk. Funky soul, funky hip hop, funky rock and roll, funky reggae or Funky Kingston - funk's more about the feeling given to you by the music's groove and beat. Anything can be funky, it just has to be on the one and feel funky. Alas, Poor Siri. Siri doesn't feel any of this.

Siri has no arse and no elbow and doesn't know the difference between reggae and funk. Siri can't hear reggae's skank on the second and fourth beat and appreciate the difference between that and funk's eager pursuit of the first beat. Funk is a genre, just like reggae or punk, so when you ask Siri for the funk it could opt to sniff-out tunes from iTunes bucket labeled funk. So how come Siri ignores this authoritative label and chose to select a funky tune with such pedigree for my drive home?

Siri's just maths. Siri knew (because it detected me speak the word "play") that I was after a tune so it just looked at the song title and played Funky Kingston. As I stated earlier, there's an awful lot of funk on my phone but the probability of the phone playing this track is rooted in algorithmic thinking and not funky feeling. Think like the robot - Siri clearly has been programmed to look at song titles first. And so a song title whose first word is funky has a high probability of being number one on Siri's top ten. Funk has been defined as a genre in iTunes; I have albums and songs with the word funk in their titles; I have compiled playlists and named them using the word funky - yet none of this matters in Siri's ordered, linear, algorithmic quest for the one.

So this evening I've begun to delete funky tunes from my phone and experiment by asking Siri to play me something funky. I want to see what happens when you provide the algorithmic thinker no funky song titles. (I mean, how else would you expect a geek to spend their Friday evening? 🤓) The only way you can figure out how to get to number one in the search engine rankings is to experiment by changing your content and the way it's structured. Monitor your content, measure the delta x for positive change and modify once again in a constant improvement loop and on a quest to stay 'on the one'.

Be in no doubt, Siri's a search engine. The results it provides offer clues to the way it's been programmed (by humans) to think. Search engines don't feel, they crawl. Search engines are pre-programmed and think with algorithms to provide results which match your search criteria. A search engine is only as good as its algorithms, its pattern matching and its conditional logic programmed into it by humans. Though human programming, or rather the speed of human programming, hinders progress and as long as humans harness Search we'll continue to experience mechanical, 'non-feeling' results from computers in response to our requests for information.

Please, just tell Siri the rules: funk is on the one, reggae skanks on the second and fourth.

Machine learning is set to change all this. The moment we stop trying to tell computers what to think and, instead, guide them how to sense is the moment we'll let computers off the reigns and come to see their true potential.

In the IT sector we increasingly hear much about artificial intelligence AI but I'm mot sure that's such a good thing. If our definition of intelligence is limited by our understanding of our own intelligence then getting computers to think like us is, in my humble opinion, a step in the wrong direction. Surely it's better to treat computers as machines capable of intensive number crunching and capable of finding patterns in things that our brains don't have the room to accommodate?

There is no doubt in my mind that we're now beginning to witness the rise of the robots. How long, I wonder, before the search engine is able to feel the funk?